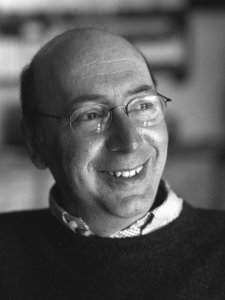 David Brandes is the award-winning writer and producer of the critically acclaimed motion picture The Quarrel.

He is also the executive producer, co-creator and writer of the TV series My Life As A Dog for Showtime. He has written for Jim Henson’s classic Fraggle Rock TV series, for the Strangers HBO series and was the writer of Roger Corman’s all-time best selling video release The Dirt Bike Kid. David produced the action-adventure film American Hero. David graduated McGill University with a BA in Sociology and Political Science and the UCLA Graduate School of Motion Picture and Television with an MFA.

A Canadian citizen and long time U.S. resident, David began his career as a television journalist and documentary filmmaker with the CBC (Canadian Broadcasting Corporation) in Ottawa.

David is on the advisory board of the Center for Jewish Culture & Creativity as well as the Heartland Film Festival. He has received a Canadian Academy Award Nomination (Genie) for Best Adapted Screenplay, The Quarrel; Crystal Heart Award – Heartland Film Festival, for the creator of The Quarrel; Achad Ha’am Award – Center for Jewish Culture & Creativity, for The Quarrel, and – twice – the Ontario Arts Council Award.